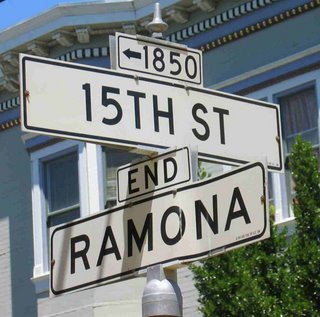 Right in the heart of the Mission district’s 16th Street corridor, is a one block-long street filled with small single family row houses, and with the high-falutting title of Ramona Avenue.


It would seem that one Mr. Andrew Thompson created Ramona in the post-fire days to spread his wings and mark his territory on the block bounded by 15th, Dolores, and of course, Ramona. Mr. T had made his first fortune in gold, then invested it in this plot of land. In 1852, he built his second fortune at his popular saloon fronting on 15th Street here, near the old Mission chapel. With the proceeds from his second fortune, he built himself a large brick home next door, and added a grocery store to the saloon.

All was apparently fine on April 17, 1906, and all was apparently destroyed by April 21. (We don’t know for sure but the brick structure was a likely victim of dynamiters creating a firebreak that would save the mission chapel.) 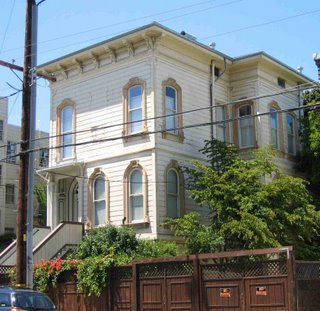 Immediately post-fire, Mr. T. purchased a home then located on Haight St, and had it transported to the then-vacant land. This large Italianate now sits amidst gardens at 1876 15th St. So, what of Ramona? Rental housing was in high demand after the 1906 fire destroyed 28,000 buildings and left some 250,000 homeless. Sounds like Mr. T. was financially astute, and created a sort of income-producing fence along the edge of his property: a row of rental houses. 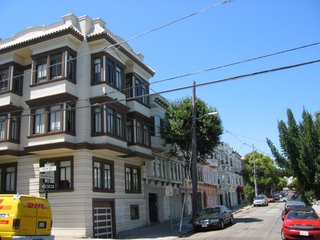 As for the name… hard to say. Lots of the little streets are named for women. Perhaps this little street was named for the lead in Helen Hunt Jackson’s popular story of mission days.

I love all the history and the addition of the map. Great job!